Metal Roofs And Lightning: Any Cause For Worry? 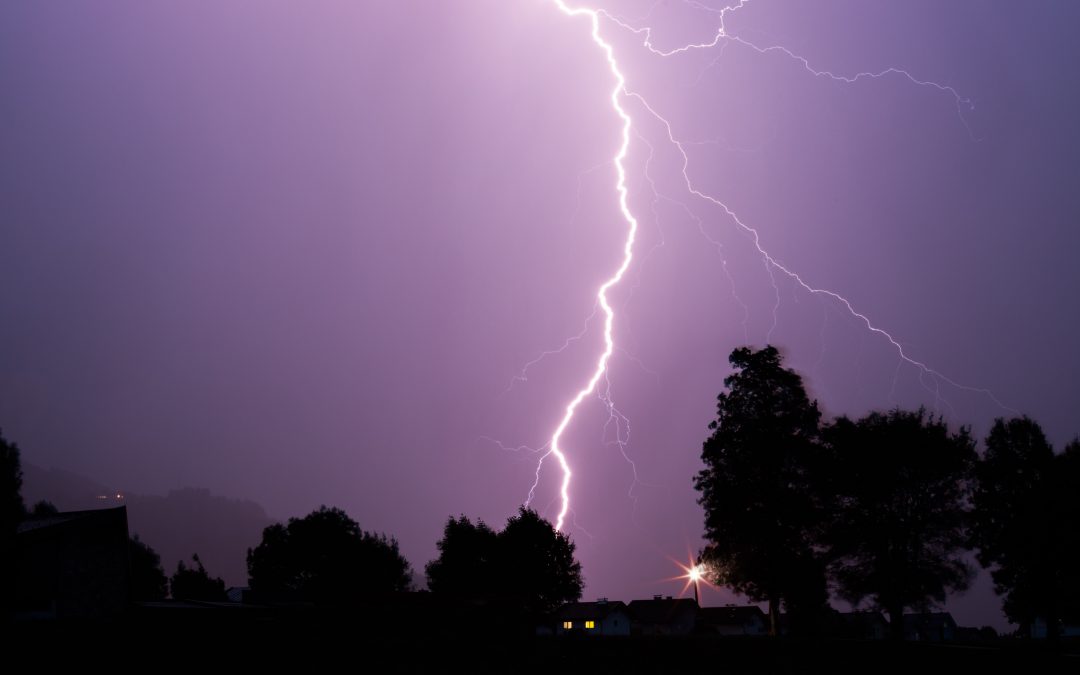 Take it one step further, and we arrive at a similarly reasonable query: Is a metal roof more prone to being hit by lightning?

The answers to these questions are no and no, which may surprise a lot of people. After all, how can you clad the top of your house with an interlocking metal roofing system and not turn it into a magnet for lightning storms?

But the fact is that a home with a metal roof is not more likely to get struck by lightning than other roofed dwellings.

It may actually be safer to occupy a home with a metal roof during a lightning storm. But this is mainly because, in the unlikely event that your home is struck by lightning, a metal roof won’t catch fire the way combustible materials do. (For example, wood shakes, asphalt shingles, and other types of roofing materials made with non-metal construction. Asphalt shingles do offer some fire resistance, especially if they’re atop fire-resistant underlayment.)

Let’s get something out of the way right off the bat: The chances that your home will be struck by a bolt of lightning is small — but not that small. Some sources (including the National Lightning Safety Institute) report the likelihood at around 1 in 200.

Second, metal roofs do not attract lightning. The only real protection from lightning comes via the installation of a lightning protection system with rooftop air terminals — aka “lightning rods.”

Lightning takes the path of least resistance to the ground. Building materials — a metal building or a metal roof — play a role in determining how much damage is likely to occur if lightning uses a certain building as an electrical conductor.

But as far as the likelihood of lightning strikes goes, The Spruce sums up the relative danger this way.

“When lightning strikes,” they write, “it is seeking a path to ground and almost always will strike whatever object is highest in the area that also has a direct path to ground. Your metal roof is not grounded, and thus lighting has no reason to strike it.”

Not that lightning has any reason at all. We’re talking about electrical conductivity here. And chances are there are high points and higher objects in the vicinity of your home that will attract a lightning strike much more readily than your aluminum roofing system.

That’s if you live in an area of the world that has a lot of lightning storms. Here in the Pacific Northwest — and the West Coast in general — lightning is much less frequent than it is in the South, for example.

Still, lightning is deadly and can cause much damage to life and limb — not to mention property. The data regarding insurance claims and lightning damage tell an expensive tale.

Thus, it’s wise to inform yourself of some safety measures you can take during a lightning storm — even if you’re indoors.

But don’t worry about your metal roof. It will keep you and your home protected through all kinds of weather — lightning storms included.

When the time comes to consider a metal roofing system, your best bet is to turn to Mountaintop Metal Roofing. We’ve installed metal roofs throughout the Portland metropolitan area for many years and can answer any questions you may have about which style of metal roofing is right for you and your home.